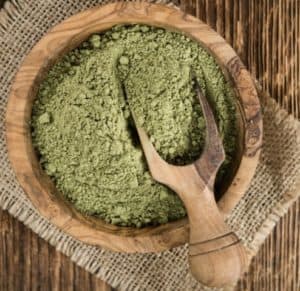 Mitragyna Speciosa is a tree which mainly occurs in the South East Asia region as well as it has tropical nature, this plant is a member of the coffee family.

Traditionally, Kratom had mainly been used in medication preparation, either as a secondary ingredient or as a primary component, due to some characteristics that help with energy and other known effects that are wildly around the internet. Whereas it had been previously manufactured through the use of its raw form, without any modifications applied, to get the more significant effect of it, and interestingly, this mode of creating Kratom products is still until today, to grantee the 100% pureness.

Kratom can either in the form of powder, or crushed leaves, mainly for medical purposes. However, when you use it in large amounts and without any apparent reason, it will make some annoying side effects like vomiting and nausea. Moreover, it would help if you didn’t combine it with an unknown mixture of any other substance, and it should absolutely be taken in moderation. Consult a physician if needed.

About the onset and duration of action of Kratom, the effect mainly starts within 15-30 minutes and lasts for more than 5-6 hours, depending on tolerance and metabolism.

Where the Kratom plants correctly grow?

As mentioned, the Kratom plant mainly grows in the South-East Asian regions. Still, specifically, it is native to Malaysia, Myanmar, Thailand, Indonesia, Papua New Guinea, and other South Asian countries.

What are the general characteristic features of the Kratom plant?

There are many characteristic features of the plant of Kratom that distinguish it from other similar plants. In which the plant itself is growing to about 25 feet tall, and the trunk is mainly thick and robust. Which its diameter about 3 feet.

Regarding the leaves, their sizes are relatively large, their color is dark-green, and their general appearance is mainly glossy.

About the flowers, they are growing together in a cluster manner. Each cluster found at the end of the plant’s branches.

What features can some expect kratom to produce?